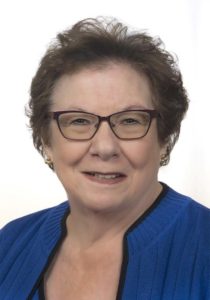 Nancy H. Davis has more than twenty years of experience in public, academic, and special libraries including the New Castle County Library system, Temple University, the DuPont. Co, and the Franklin Mint.

For 27 years, Nancy was a partner in The Ivy Group, a small full-service marketing and business development firm. She devoted most of her time conducting community needs assessments and developing strategic plans for large library systems across the United States. In her capacity as a consultant, she mentored library directors, facilitated training programs for library boards of trustees, and made presentations to elected officials.

Currently, Nancy sits on the Board of First Book Philadelphia, an all-volunteer organization that distributes free, new books to children who reside in economically disadvantaged households in the greater Philadelphia area.

Nancy attended undergraduate at Carnegie Mellon University and received a Master of Library Science (MLS) from the University of Pittsburgh. 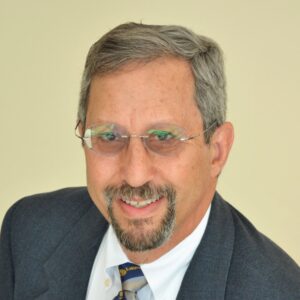 Peter has served on the Library Foundation Board of Delaware County since its inception. As a thirty year resident of Concord Township, as well as an almost lifelong county resident, Peter has the interest, skill, and commitment needed to enhance life here in the county.

Professionally he works as an attorney in Media focusing on real estate, business, taxation and estates at Paul Flandreau & Berger, LLP. Peter is a graduate of Penncrest High School, Yale University, Boston University of Law and holds a Master of Laws in Taxation from the Temple University of Law.

Peter is an active and accomplished Rotarian – serving as past District Governor of Rotary International District 7450, member and past president of the Rotary Club of Media, numerous committee positions, twice served as District Secretary as well as three years on the Board of Directors.

He was named Volunteer of the Year for his leadership during the opening of the Rocky Run YMCA and served on its board for more than twenty years leaving only to focus on Rotary. Additionally, Peter is past president of the Delaware County Attorney-CPA forum.

Peter assists his wife Sue – and fellow Rotarian – in her volunteer efforts to support an impoverished school in Haiti. They have two grown children and are proud grandparents.

Rebecca serves on the Board of Trustees of Swarthmore Public Library as Treasurer. She is an environmental consultant who lives in Swarthmore with her husband, who is retired and reinventing himself as an artist, and their youngest daughter, who attends St. Joseph’s University. Her other daughter is a registered nurse who lives in Media.

Rebecca has degrees in geophysics (B.S., Boston College) and civil engineering (M.S., M.I.T.), and has lived and worked in Boston, Houston, Denver, and Philadelphia.

She has a passion for reading, writing, and cooking, and has a website (www.wrinklesdonthurt.com) where she shares musings about getting older, book reviews and recipes. Rebecca volunteers for the Scott Arboretum.

After spending 13 years in the classroom at Garnet Valley Middle school teaching 8th grade English, Erin made the move to become the librarian at her school and is loving every second of it! Part-time literacy coach and teacher collaborator, full-time librarian and book whisperer for our students. Erin is constantly trying to create innovative ways to make the library the heart of the school.

Erin has a BS from Temple University and an MS from St. Joseph’s University.

She lives in Media with her husband and two boys and spends her time playing volleyball, traveling, reading (of course), and taking care of their pet bearded dragon.

She served on the Rachel Kohl board as member and president. Judy worked with Garnet Valley Living, is well-known in the community, has a wide network of personal and professional contacts, understands fundraising, the importance of a strong board and is a strong library advocate.

When not writing for work or reading for pleasure, Judy enjoys spending time in the Poconos with family and friends.

Ellen is an award-winning entrepreneur and experienced community leader recognized for her innate passion for building collaborative successful businesses/organizations from the ground up throughout the Philadelphia region.

In 2013, she incorporated her love of teaching young people about entrepreneurship into her commitment for women-owned businesses. Ellen introduced the nationally recognized Young Entrepreneurs Academy to the Delaware Valley and has annually raised tens of thousands of dollars, recruited hundreds of business owners and non-profit leaders to volunteer and mentor middle/high school students to create their own businesses.

She is very involved in her community and lives in her childhood home.

Amy brings tremendous experience to the Foundation board with extensive non-profit leadership roles, community involvement, and more than 30 years of professional experience in the library world.

Currently a librarian at Bryn Mawr College, Amy is also a past president of her synagogue, where she oversaw the budget and initiated the strategic planning process.  She continues to be actively involved there, serving on the Board of Directors and leading fundraising activities. Amy served as a board member and president of the board of Swarthmore Public Library working to raise funds and awareness of the importance of local libraries.

Amy lives in Swarthmore with her husband, Andy and is the mother of 3 adult children. In her spare time, she loves to play and teach Mah Jongg and is an avid reader.

Christine attended Elizabethtown College and earning a Communication Degree with penetration study in Marketing and Public Relations. She also completed certificate programs for the aging population.

Christine has two children that were both 4-year athletes at Dickinson and Albright colleges that consumed a great deal of her love and time. Christine’s husband, Mark, trades as plumber and can be found on a ball field where he volunteers with his son in the Interboro community. Christine’s dog Riggs, a rescue dog ½ hound and ½ boxer is her favorite companion. They can be seen frequently around her hometown of Glenolden.

Donna is a retired Administrator from the University of Pennsylvania. From 2007 to 2021, she served on the Board of Trustees for Yeadon Public Library. She currently serves as Secretary for the Yeadon Borough Historical Commission, as a docent for the Paul Robeson House and Museum which is owned and operated by the West Philadelphia Cultural Alliance, and as a Delaware County Judge of Elections for the 8th Precinct in Yeadon, Pennsylvania.

She is a native Philadelphian who is an alumna of West Philadelphia Catholic Girls’ High School and of the University of Pennsylvania. She is currently enrolled in Penn’s Organizational Dynamics Program.

When not busy doing things that have to be done at home or things that she has committed to do elsewhere, Donna enjoys spending her downtime with her husband, John, as well as with their family and friends, albeit virtually for the most part during the pandemic.

Karen is an Active Life member of both the Broomall Fire Company and Marple Township Ambulance Corps as well as a Deputy with the Marple Township Emergency Management Team.

After serving for many years on the foundation board, as well as many and varied community non-profits, Joe has accepted the role of Advisor Emeritus. 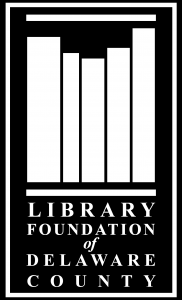